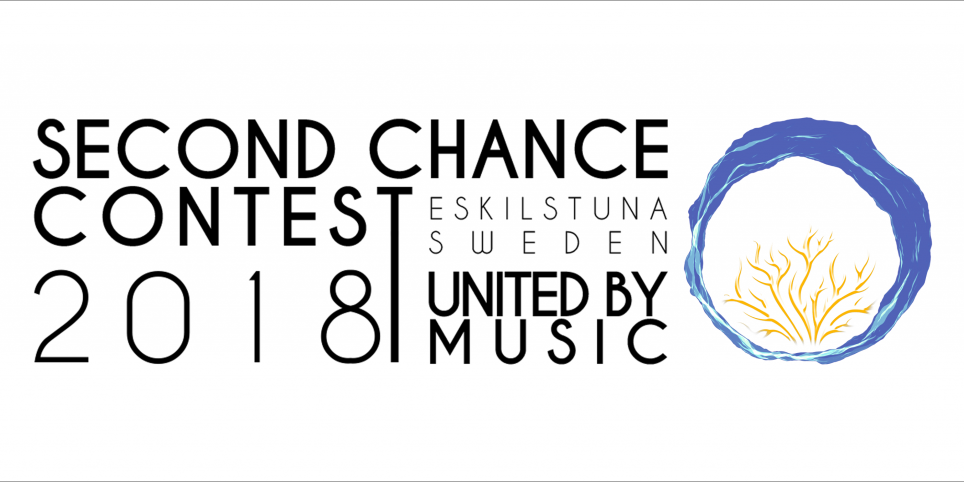 This Saturday, October 13th at 20 hrs (CEST) the show that will reveal the winner of OGAE Second Chance 2018 will be broadcast on social media. OGAE Sweden Melodifestivalklubben are the proud hosts of the contest this year. They promise a night to remember for all true Eurovision fans, filled with surprises, excitement both for those who love OGAE Second Chance Contest but even for those who haven’t cared anything about this contest before!

This year Eskilstuna is the official host city. Last Friday, as part of OGAE Sweden’s Annual Meeting, the show was recorded in front of a live international audience of true Eurovision fans who were able to experience the final of OGAE Second Chance Contest 2018 at Sundbyholmstravet. The show will feature several surprises and three guest artists. At the end of the show – when all the juries have given out their points – we will know the winner of OGAE Second Chance Contest 2018!

OGAE Sweden Melodifestivalklubben let a young enthusiastic project team from the club take care of the preparations for the contest, but also hired a professional production crew from Grander Media in order to ensure a technically high quality TV show worth watching for all Eurovision fans out there.

”I’m so amazed and proud of what we achieved in Eskilstuna last Friday. The audience loved it,” says OGAE Sweden president Alexander Borodin, who is also Executive Supervisor for the contest this year.
”The end result is fun, creative, smart, made with passion by a very talented and energetic team. We felt that this Contest deserved a Second Chance, one can say. We also strived very hard to actually get every single OGAE club to take part in the competition as this is an important part of OGAE fan culture. We actually managed, and are proud to have all 44 clubs participating.”

OGAE SCC project manager Emma Hellgren adds “we became inspired by our friends in Poland last year when they made a live show with an audience in Warsaw. This year we made that concept even bigger and planned and prepared a lot for it. We have created a show that celebrates OGAE and Eurovision fans, added more glamour, excitement and the true spirit of Eurovision. The result is something that Eurovision fans will love.”

The hosts this year are William Schmatz, a talented young actor and presenter at events from Ystad, and Zara Zeidlitz, a professional dancer from Gothenburg. ”Our dream is to be hosts of Melodifestivalen in the near future, or maybe another national competition in Europe. Of course, our ultimate dream would be Eurovision. SVT or EBU please watch this!” say William and Zara.

You will be able to watch the entire results show on OGAE Sweden’s youtube page https://www.youtube.com/melodifestivalklubbenogaesweden.